Viktor Hovland revealed one quirk he has after impressing at the Arnold Palmer Invitational to take a 36-hole lead. 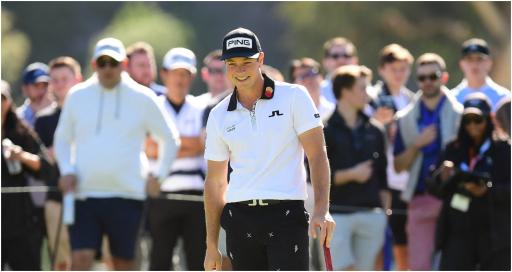 Superstitions in golf are fairly common. Thing Tiger Woods and his Sunday red. Think Ernie Els' birdie ball. But Viktor Hovland does not fall into this category.

The young Norwegian is enjoying a rich vein of form in 2022 and it is just at the right time too. The Players Championship beckons and then we are swiftly into the major season.

Hovland sits atop the leaderboard at the Arnold Palmer Invitational after two days' play and looks set for a weekend showdown with Rory McIlroy at Bay Hill.

One thing that has been striking with Hovland so far this season: his chipping and putting has vastly improved.

Combine that with the level of iron striking and fairway finding with that gentle squeezer and you don't just have a recipe for success: you have one for dominance.

Speaking to the media at Bay Hill with a grin on his face, the Norwegian explained that he was seeing the lines off his putts really good. Speed control was also key, but it could be better, he said.

Then there was a random question. Is he superstitious?

"No...no," came the reply from Hovland. Was he not sleeping beside his putter after only using it 23 times in round one?

"No. I have like one thing, which is just what I've always done, like I always have my marker in my left pocket because, when I was a kid, I would put it in my right pocket but I would also put my glove in the right pocket.

"When I would pull out my glove, the coin would fall off. Even though now I keep it in my back pocket, I always have it in the left pocket."

What does he use as a marker?

The most famous superstitions?

Tiger Woods, famously, only ever wears red on a Sunday.

Jack Nicklaus would only ever play if he had exactly three coins in his pocket.

Ernie Els always fetches for a new ball after a birdie because he believes the good score has been used up.

Hall of famer Chi-Chi Rodriguez only ever marked his ball with a coin with the head side up.

Do you have one? Let us know over on our social media channels.