Ross Fisher defended PGA Tour rookie Nicolai Højgaard after he bellowed the warning as his golf ball was heading towards a crowd of people. 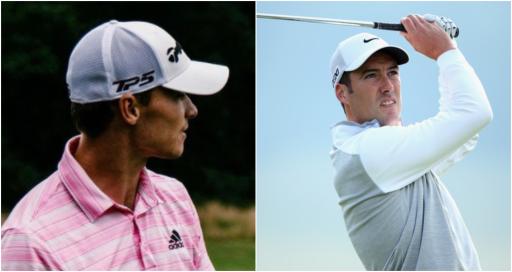 We are all too familiar with the dangers of not shouting fore after an errant shot on the PGA Tour.

It's a subject that - frankly - should not even be discussed. If you hit a bad shot and it could potentially harm someone, then you yell.

Bellow from the bottom of your lungs and give other people on the golf course a chance to duck for cover.

The ramifications are all too evident. Think Brooks Koepka at the Ryder Cup in 2018 at Le Golf National.

His wild tee shot, which was hooked off the sixth tee box, ended up hitting a woman and resulted in her losing the sight of her right eye.

Koepka did yell fore but it was a futile effort. "You feel terrible for them," Koepka previously said.

"You know exactly how they are feeling, especially when you’ve got to go over there and apologize, because they are in pain, usually bleeding, and then to hit her in the face is not—you don't want to hit anybody in the face, especially not a woman, and it's not a good feeling."

Nicolai Højgaard, the young Dane, 20, who is touted at Europe's next star, made his PGA Tour debut last week at the Honda Classic.

"Results-wise it hasn’t been good, but from a different angle it’s been good learning," he said.

"The course set-ups are different compared to Europe. It's tougher. The rough is thicker, the greens are firmer and faster.

"You have to play from the fairway, play certain angles and all that. You don’t do that in Europe that often."

The young Dane shot 75-73 at the Arnold Palmer Invitational to unfortunately miss the cut again.

One of his shots during his second round was so wild he had to yell not once, but twice, to warn the spectators.

Ross Fisher backed him up on the loud shout. Let us all be more like Ross.

Why volume down . You miss a shot and it heads towards the crowd you shout LOUD to warn them. That's what your told at a young age. Good on you Nicolai