LIV Golf's Cameron Smith picks up his fifth title of 2022, but he remains in third spot on the rankings. 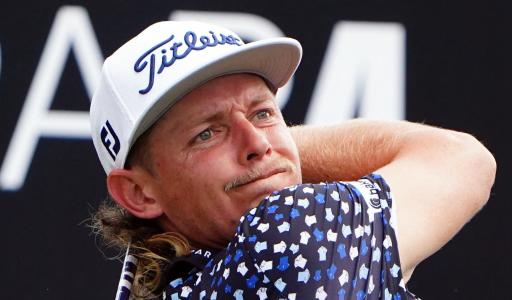 LIV Golf's Cameron Smith chalked up some much-needed Official World Golf Ranking (OWGR) points for etching his name on the Australian PGA trophy for the third time at Royal Queensland on Sunday.

Smith, who notched his fifth win of 2022, amassed 10.6 points for his victory in the co-sanctioned DP World Tour and PGA of Australasia tournament.

But that only moves him to 8.0992 in the OWGR, keeping him third on the podium.

McIlroy is not playing any more competitive tournaments in 2022 but he will still see out the year in front no matter what happens over the coming weeks.

The Ulsterman will, however, join Tiger Woods for the next instalement of The Match against Jordan Spieth and Justin Thomas.

Woods is currently looking on from 1,277th in world order right now, but he can make significant ground with a strong performance in the Hero World Challenge this week.

Smith, who is also competing in the Australian Open this week, has been shut out of receiving world ranking points ever since he committed to join the Saudi-backed LIV Golf Tour following the conclusion of the Tour Championship at the end of August.

LIV Golf is still expecting to get on the OWGR list at some stage, but as of yet, there have been no updates ahead of the new LIV Golf League starting up in 2023.

While Smith has remained toward the top end of the world rankings following his move, other major champions have not been so successful.

The OWGR issue is proving a major headache for LIV Golf execs, who are desperately trying to recruit some of the world's biggest stars to its breakaway circuit in 2023.

Elsewhere in the world rankings this week, England's Daniel Bradbury, 23, has vaulted 846 places on the world ladder to a career-high 551st following his maiden DP World Tour victory in just his third start.

Bradbury, who was playing on a sponsor's invite, has now also earned his spot in the Open Championship for the first time in his career.

Started on an invite, finished as a winner.@DanJBradbury is a winner on the DP World Tour!!!#JoburgOpen pic.twitter.com/G7vmmOh99r

Next Page: Ian Poulter hits out at DP World Tour with tweet about Cameron Smith fans