Viktor Hovland is not happy with his '23 schedule: "I'm being FORCED to play!"

Viktor Hovland didn't sound too happy with what his 2023 playing schedule could look like after the PGA Tour announced changes as a result of LIV Golf. 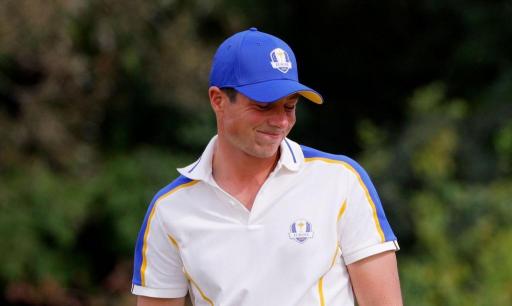 Self-confessed "terrible planner" Viktor Hovland doesn't appear too happy with how the LIV Golf-induced changes to the PGA Tour and DP World Tour will affect his playing schedule.

Despite being on board with making the PGA Tour a "better product", Hovland suggested he doesn't want to be "basically forced" into playing up to 25 events a year.

His comments came after Jon Rahm leapt to the defence of his friend Phil Mickelson and claimed professional golfers should be "thankful" of the league which is commissioned by Greg Norman.

Hovland also refused to be drawn into answering whether or not LIV players should be eligible to participate.

Jose Maria Olazabal was strong on this topic when he spoke exclusively to GolfMagic earlier in the week.

Hovland said of the changes:

"So with the schedule being as dense as it is, you know, it's going to be tough to play all those events. I think in a singular year you can make that work easy, but I hope the future of my career is not going to be scheduled in that way where I'm basically forced to play 23, 24 events or 25 events a year.
"Now, I might do that in a certain year, but I think being essentially forced to do so is not how I would like to have my career look in the future. When it comes to the LIV players and the Ryder Cup eligibility, you know, there's certain tournaments that you have to play.
"Obviously with them playing on a different tour, it's going to be hard for them to meet the requirements. Whether they should be eligible or not, I don't really have a strong opinion. I know I'm going to defer that to the European Tour and the Ryder Cup committee and let them figure that out."

Both Tiger Woods and Rory McIlroy reportedly hosted another emergency LIV Golf meeting before the first round in Albany.

Players are remaining tight-lipped over what exactly was discussed.

Another PGA Tour superstar - Justin Thomas - has predicted there'll be no sign of any peace talks soon, but he believes that what McIlroy and Woods are doing is going to make the established, American circuit stronger in the long-term.

"Obviously we want the PGA Tour to become a better product and there's going to have to be some give and take. I'm open to give a little bit of the freedom of picking a schedule to create a better product, but at the same time I don't want to give up that freedom if that means that -- you know, if it's not worth it, essentially.
"And what that looks like, I don't know, but having the freedom to pick and choose whatever events you want to play in is pretty nice. But at the same time I think the more often the best players in the world meet and play against each other, I think that's better for everyone, but there's a lot of other details that have to be taken care of."

Hovland is playing alongside Collin Morikawa in the first round of the Hero World Challenge.

This is the first time Morikawa will be playing professional golf as a married man.

Here are the tee times for R1 of the Hero World Challenge: